The store will not work correctly in the case when cookies are disabled.
Menu
Many people around the world use hook and loop for just about anything. There was recently a show which introduced using this fastener to keep your sheets from coming off of the bed. There are plenty of hook and loop tape uses to secure things in place without being seen, a trait that Hollywood finds very useful. 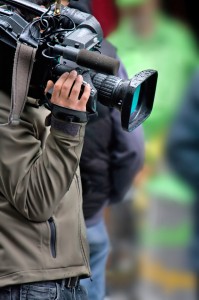 In the movie Batman, Michael Keaton's batsuit had the most amazing muscles which were actually attached with hook and loop. It allowed the producers to really focus on specific aspects of the suit, making it look more realistic.

The movie Garden State, which was released in 2004, was created as a romantic comedy. Part of its plot was driven by the fact that a main character got rich off of inventing a "silent Velcro".

Another great movie is Crazy Stupid Love. It's another classic romantic comedy which came about in 2011. The main character, recently divorced Cal, learns the ropes as a fish out of water in the modern dating world. There's a great scene where his wingman Jacob makes fun of his "Velcro wallet". Cal argues, fruitlessly, that the wallet is simple to him and can hold all belongings.

Next, we have Men In Black. A classic in which Will Smith and Tommy Lee Jones investigate aliens. While Jones' character, Agent K, is showing the headquarters to Smith's character, he answers questions about who MIB answers to and who funds it. Agent K responds by listing various patents the secret government aagency owns, including microwave ovens and Velcro.

In Girls Just Want to Have Fun, Lynne is highly amused with the hook and loop fastener, exclaiming "Next to the Walkman and tab it is the coolest invention of the 20th century!" The movie came out in 1985 and is quintessentially '80's.

And in 2009, Sacha Baron Cohen's movie Bruno was released. In this comedy, the fashionista Bruno travels to the US after crashing a runway presentation by wearing a suit entirely covered in the hook side of the hook and loop fastener. He gets caught on everything and makes a huge scene.

And our last movie, but certainly not least, is Back to the Future! In one of the most popular fil plot holes, Doc Brown is wearing "Velcro shoes" as he hangs from the arm of the clock tower in 1955. That style of shoe was first introduced by Puma in 1968 and wasn't popular until the '80's. Whoops!
Categories: Industry Uses For Hook and Loop