The store will not work correctly in the case when cookies are disabled.
Menu
Hook and loop is used in so many applications, it’s difficult to know where to start. After all, it’s not just shoes and wallets that use these practical fasteners. We’re highlighting some interesting applications that we come across, including new business ventures, technology, and DIY stuff, among others. 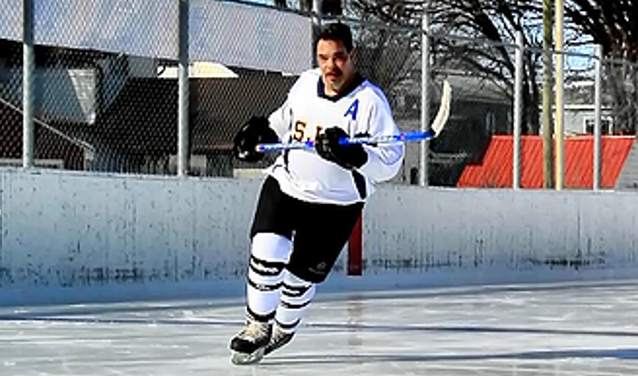 A Winnipeg man named Jeff Bousquet designed a Sokstrap, a strap made of hook and loop fasteners, that is used to keep up hockey socks in place. These socks are usually taped up so they hold their position all game. This is important because these socks are used to hold protective shin guards in place to protect against skate blades and slap shots. The idea was born from Jeff's idea to find a cheaper and more environmentally friendly solution to this simple problem in an expensive sport. With logo imprinting available as well, Jeff hopes he can find sponsors who would foot the cost of the straps in exchange for free advertising in leagues across the world.

"Pink After Dark" Can Save Lives

A Pennsylvania company is running a campaign to help breast cancer patients and their families by donating a portion of their sales to a local NPO. The company sells a product called PowerArmz, which is a lighting device that straps to the arm with an "adjustable Velcro strap" to make runners and cyclists more visible at night by emitting continuous or pulsing light. The company also offers PowerSpurz and PowerBudz which attach to your shoes and earbuds, respectively.  The campaign runs through September.

Five Ten is offering a shoe design for cyclists that includes a "Velcro strap" that covers and protects the shoe's laces from moisture and dirt that kicks up during a ride which will help the shoes last longer and makes them much easier to clean. The Freerider ELC is part of an updated line up due out in 2016.
Categories: Staying in the Loop
Tags: Staying in the Loop

← PREVIOUS
Off to College? Velcro® Brand Fasteners Can Help
NEXT →
Hook and Loop in the Wild