The store will not work correctly in the case when cookies are disabled.
Menu
Some of the most popular uses for DuraGripTM brand and Velcro® brand hook-and-loop fasteners exist in footwear, clothing and personal accessories. The already numerous applications for this material continue to expand as manufacturers and consumers imagine new possibilities for the versatile material. 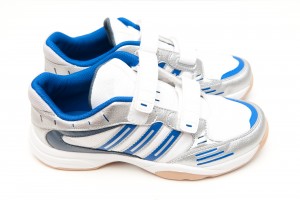 Athletic shoes with hook-and-loop closures became wildly popular from their first introduction, and they’re still prevalent today. Their easy function allows children to dress themselves, allows athletes to forget about tripping over laces, and allows adults who have difficulty tying knots to maintain autonomy. Many types of boots feature hook-and-loop closures as well, including fashion, hiking, all-weather and ski boots.

All kinds of jackets use hook-and-loop fasteners. Adult winter jackets, rain slickers and children’s coats are easy to manage with these closures located down the front or on pockets. First responders and military members also use the material to attach accessories to their jackets or to protect small items within various compartments. Hook and loop attachments are even used to affix name tags and military ranks. 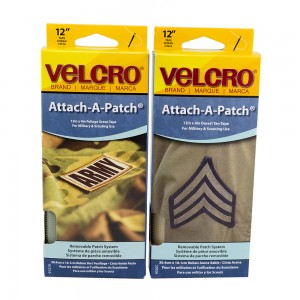 Another convenient use for hook and loop is in hiking pants. Many styles have several pockets with hook-and-loop closures, making them ideal for carrying snacks, medicine or even water bottles. This lightens the strain on the hiker’s back on long backpacking trips while allowing them to carry more items, or it may eliminate the need to use a backpack all together.

Another common use of the material is in bathing suits. Surf shorts are frequently fastened with hook and loop closures, making them easier to get into and out of.

Whether for theater, film, school plays or Halloween, people who sew costumes greatly value hook-and-loop fasteners. They’re cost effective and easy to sew, which is immensely helpful when there are many costumes to create. Hook-and-loop fasteners also allow for quick changes, assisting actors with costume changes between scenes as well as kids who need to remove costumes in 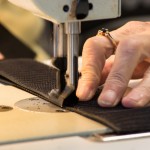 a hurry. Even big-budget films sometimes need a convenient and easy fix for costumes in the middle of filming.

The list of accessories that benefit from this versatile material is almost endless. Gloves tighten easily with hook and loop closures while head, wrist and arm bands employ them with similar ease. Straps of all kinds can be maneuvered one-handed, such as on ski and mountain climbing gear. Pet collars and leashes are comprised with hook and loop as well.