The store will not work correctly in the case when cookies are disabled.
Menu
Fire retardant hook and loop, also known as flame resistant or fireproof adhesive, has a protective coating that slows the burn process so that it meets certain specifications. The testing method our material is subjected to is FAA 25.853.(b). 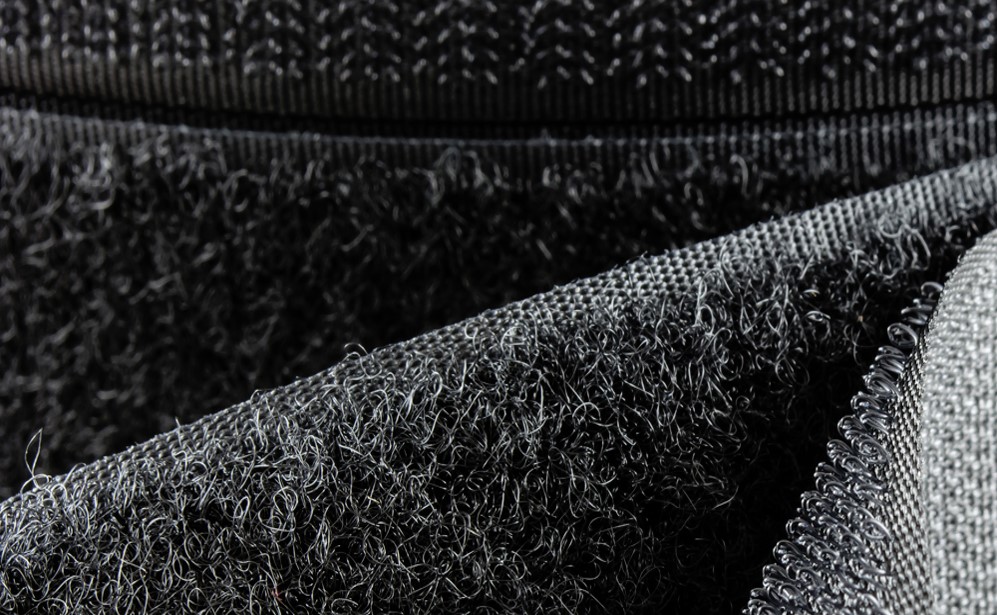 Fire retardant hook and loop is used mostly by fire departments for strapping such as on hoses and equipment. Personal Protective Equipment (PPE), also referred to as turnout gear or bunker gear, is another good example of how this material is used. Another popular use for fire retardant material is on aircrafts. All airplanes have to meet specific guidelines for every piece of material. The Federal Aviation Administration (FAA) has precise requirements to ensure that should a fire start aboard an aircraft, that the substances used in construction can allow for a slow enough burn to allow for landing, extinguishing, or preventing the fire’s spread. FR hook and loop is used on aircrafts to install paneling, secure insulation, and other behind the scenes applications.

It can also be used in the military, electronics industries and other specialties where a potential for fire exists. We stock this material in the color black only. We carry 1”, 1.5” and 2” wide material, although other widths are also available.
Categories: Hook and Loop Converting

← PREVIOUS
The Difference Between Hook Vs. Loop
NEXT →
Customer Questions: Is Your Product in Stock?